A yogi living with Lyme Disease 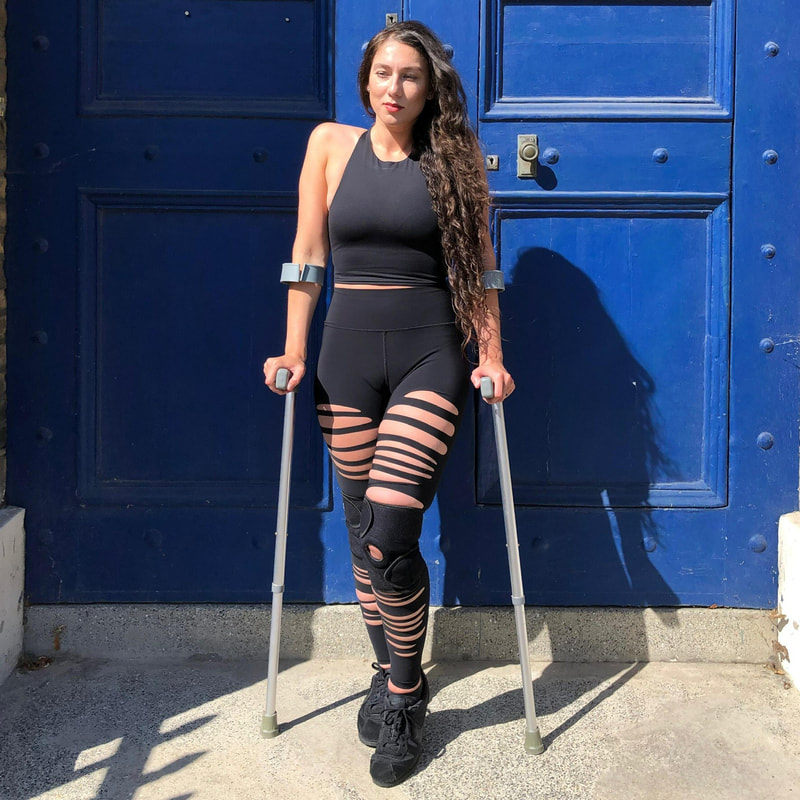 For years I have been feeling unwell and never really understood why I just can’t function like everyone else. I was doing everything in my power to get better - leaving my job, yoga, therapy, physio, meditation, seeing mediums and healers... you name it, nothing helped. I had an array of issues outside of the physical, visible ones: chest pains, difficulty breathing, seizures, insomnia, chronic fatigue, dizziness, migraines etc... However, I’m a young and seemingly healthy yogi.
Young, fit and mindful people don’t get sick right?
I’d seen my doctor for these concerns on several occasions, but each time he had a logical explanation. My chest pains and difficulty breathing were deemed to be anxiety. My seizures where deemed to be allergic reactions and/ or anxiety attacks. My headaches and insomnia where anxiety. You get where this is going, it was all due to anxiety, or so he thought…

I would go out with friends for a couple of hours and I’d come home, go straight to bed and need a whole week to recover. All I knew was that I was constantly exhausted and in pain. I would sleep for 12 hours straight, wake up and still feel like I didn’t sleep enough. Working became impossible because I just couldn’t wake up anymore and if I did, I was constantly in a daze. I became isolated in my house and my only form of socialising was through my Instagram account. Myself and my doctor where both convinced that all my pain and exhaustion was due to multiple injuries due to my yoga practice. However, they were never injuries to begin with and yoga had nothing to do with any of it.

Last year my husband and I decided to book tickets to see my family in Bulgaria. At that point, I already had a severe limp because walking was so painful but again, I figured it was an injury that will heal on its own over time. I started to feel extreme dizziness upon standing and sitting (POTs syndrome) with my legs completely giving way. At times I would completely black out and forget where I was. That whole trip I was in the house minius a few short car journeys to the beach where I would just lay all day. Towards the end of my vacation, I began to feel burning all up both legs and pins and needles all over my body. I didn’t know who I was and what was going on anymore, I just knew something was seriously wrong.

The day I had to fly home I didn’t know how I was going to do the journey. By some miracle, I managed to get on my flight just fine. Upon arriving back home in London, I remember walking through the corridors of Luton Airport and feeling like I was going to collapse any second. I just about made it onto the train back home and as soon as I was about to get off, I remember feeling the most excruciating pain in my knees. It was like nothing I had ever felt before. I tried to get up but I couldn’t. I kept trying and trying but it was impossible. That night my husband had to carry me home as I couldn’t move my legs. I still can’t walk since that day and I’m reliant on crutches for over a year now. Sometimes I even have to use a wheelchair to get around. I couldn’t even bend or straighten my legs and both were swollen and completely bruised up. I had to shuffle up the stairs because even balancing on the banisters was too difficult.

I went to A&E but they found nothing. It took 6 months to be seen by a Physio, all the while this disease was spreading around my body making me sicker. My physio confirmed that it’s not an injury, which lead to my referral to a Rheumatologist, who I waited a further 4 months for. The Rheumatologist misdiagnosed me with Fibromyalgia, Anxiety & Depression - after seeing me for 10 minutes and without any blood work. I decided to take matters into my own hands and found a private doctor who tested me for everything he could think of. There it was... Lyme Disease - tested positive.

I felt disgusted and relieved both at the same time. It was like a huge weight had been lifted off my chest finally knowing what it was causing me to be this sick for so long. I was put on antibiotics, when I should have been in hospital. The doctor told me that ideally I should be on an IV drip, but the antibiotics will do the same and I will be fine in a month... WRONG. One night I had the worst seizure of my life and was taken to hospital. The doctors didn’t even know what Lyme disease was. I was eventually released and continued with my antibiotics.
My GP failed to believe I have Lyme Disease regardless of the blood work & symptoms. He said he hadn’t heard of any cases of Lyme Disease in the UK. I then searched for a second private doctor who also confirmed that I do indeed have Lyme Disease.

I knew I was never going to get the help I needed on the NHS (National Health Service) - because it’s just not available. So, I did what I knew best and searched the #LymeDisease hashtag on Instagram. I found a girl who had scarily similar symptoms to me also living with Lyme Disease in the UK. I decided to contact her there and then and she helped me to connect with the private hospital that saved her life. I’ll be starting treatment at the same hospital on the 3rd of September and I’m feeling super hopeful about getting better. I know it’s going to be a long and difficult journey but I’m so ready. The one thing that's kept me sane throughout this whole process is my yoga practice off the mat, as physical practice was impossible and still is most days. 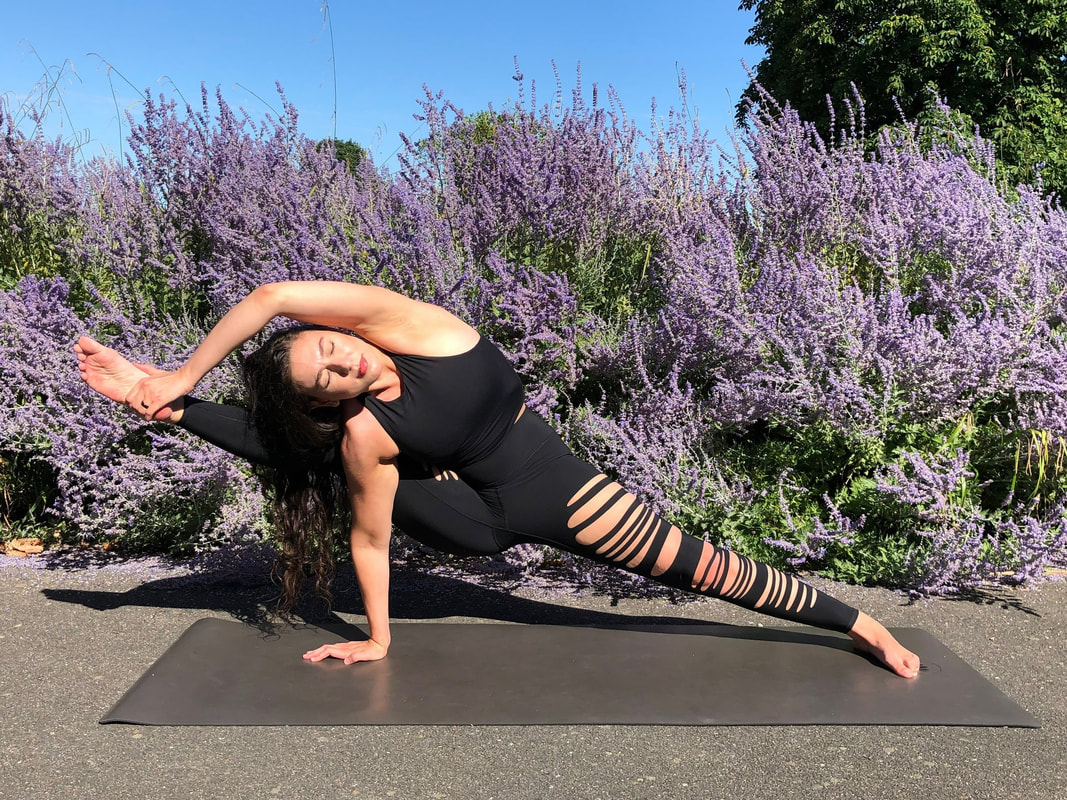 So what is Lyme Disease?

It’s a serious bacterial infection transmitted through a Lyme borne tick or any biting insects. Lyme disease is underreported, under-researched, and debilitating disease transmitted by spirochete bacteria. The spiral-shaped bacteria, Borrelia burgdorferi, are transmitted by blacklegged deer ticks. Lyme’s wide range of symptoms mimic those of many other ailments, making it difficult to diagnose.

Most doctors will test you on the basis of developing a bullseye rash within a couple of days of getting bitten. However, only 30% of people with Lyme Disease will develop this rash making it an extremely unreliable tool for testing. I myself didn’t get the rash.

Early Symptoms:  Severe symptoms may include: Since finding out I have Lyme disease, I’ve made it my mission to spread awareness and make it something that’s no longer unknown or untreatable. I wholeheartedly believe that by following my intuition and not letting doctors tell me it was “just anxiety” lead me to the wright path of healing. There are suffers spending thousands of dollars they don’t have just to get answers. In my opinion, it’s the biggest scandal in medical history. To have a doctor tell me that I can’t walk due to anxiety is not okay! The best advice I can give is: you know your body better than anyone. So, if your doctor tells you you're fine, don’t just take what they say at face value and seek a second opinion. Because as I’ve learnt, most of them are very unaware of Lyme disease and don’t really understand it, or know how to treat it.
As yogis, we’re always out in nature and connecting with the earth. So, it's important that we know how to protect ourselves so we can prevent serious diseases such as Lyme.  It’s important to be aware that no one is prone from Lyme disease and that ticks don’t discriminate. If you plan on doing yoga out in nature, hiking, camping etc… here’s some tips to keep you protected from said diseases:

If you feel you may be suffering from Lyme disease, don’t hesitate to ask your doctor for a blood test. If they refuse, ask a different doctor until one agrees. The biggest reason why doctors refuse to test for Lyme Disease is because of the cost of the testing itself and because some of them don’t know what to do with Lyme patients. It’s always better to have piece of mind than never truly know. When Lyme is caught early it’s easily treatable and chances of recovery are very high. When it gets to the chronic stages like mine has, you get complications that are not so simple, might be lifelong, fatal and have huge implications on your life. I’m now completely dependent on my husband to do simple things like household chores: cooking, cleaning, shopping, etc... because my body just doesn’t have the energy. I can’t walk and everyday is a struggle. Some days I can’t even pick up a glass of water to drink because my arms are that painful. Writing this article was a stretch for me as I’m now completely depleted, but I feel it was super important to get the word out there and it was totally worth it.
The most important thing is to be mindful, stay vigilant and keep yourself safe.
​
@stelasulzdorf 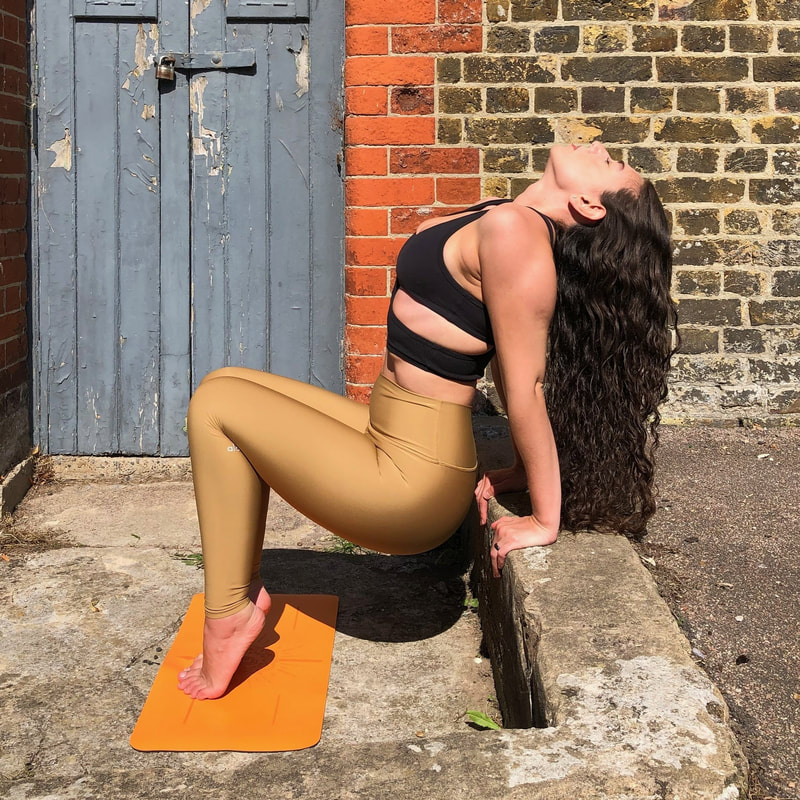 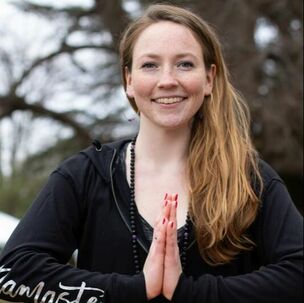